Like our work? Arrange a meeting with us – we’d be happy to talk with you!

Indigenous tourism in Saskatchewan, and all of Canada, is a growing market and a segment that has a mixed history of being represented appropriately – both historically and culturally.

Kichiota Indigenous Destinations is a first-of-its-kind partnership between Whitecap Dakota First Nation (WDFN), Wanuskewin, and Beardy’s and Okemasis’ Cree Nation (BOCN). We were entrusted with creating a visual identity that conveyed the essence of this partnership, ensured visual and language sovereignty, and provided a platform to promote Indigenous tourism in Saskatchewan.

The success of this project hinged on close collaboration with each partner and, in the cases of WDFN and BOCN, members of the community including Elders and Knowledge Keepers. These consultations inspired the name (Kichiota), an original word that joins Cree and Dakota to produce four translations (“Here with”/“Lots of importance”/“Here is special”/“Many are with”). While this new name doesn’t have an exact translation – the future of this new partnership will start to define what the meaning of the name can be: Special places for many peoples.

The sense of place evoked by the name and tagline (“Travel the path of our people”) extends to the logo and supporting visuals. The logo icon contains a reflected tipi, but may also be interpreted as a compass or flower. Its shape references the four directions and features two distinct hemispheres (north/top and south/bottom – strategic colourization suggests the top as sky and the bottom as land). The graphic utilizes various methodologies for maintaining visual sovereignty – historical Indigenous graphic motifs – through the use of mirroring (Dakota) and line art (Nehiyaw/Cree).

We chose a brand palette of organic, natural colours to differentiate Kichiota from other Indigenous businesses. Teal is associated with restfulness and mental and spiritual balance, while brown suggests honesty, strength, and security.

Kichiota’s pattern library flexibly mimics what is found in nature. Drawing from the theory of wahkotowin (kinship), everything is related and one thing can be many. For example, the dots may represent stars in the sky or bubbles in a fast-flowing current. 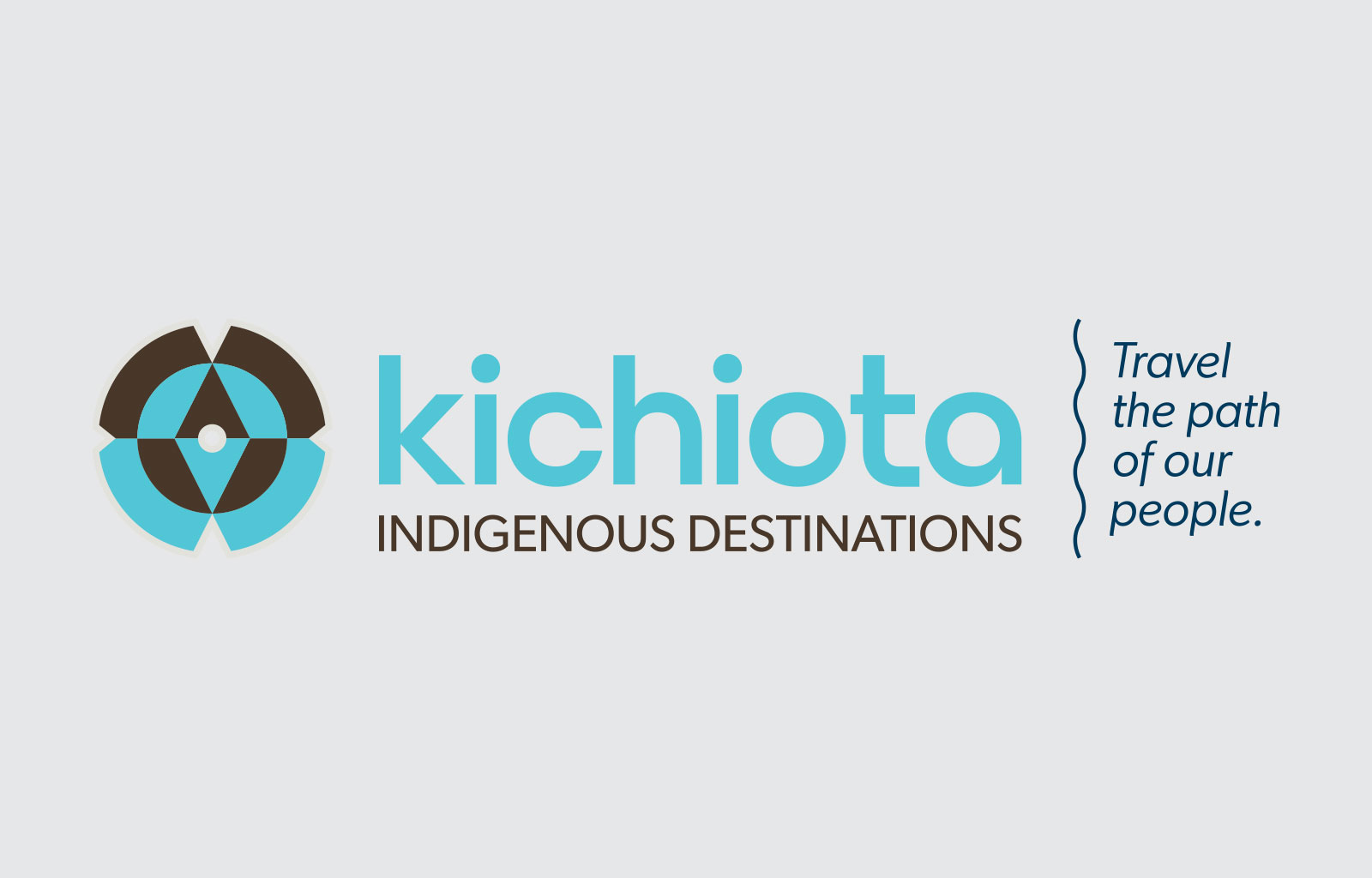 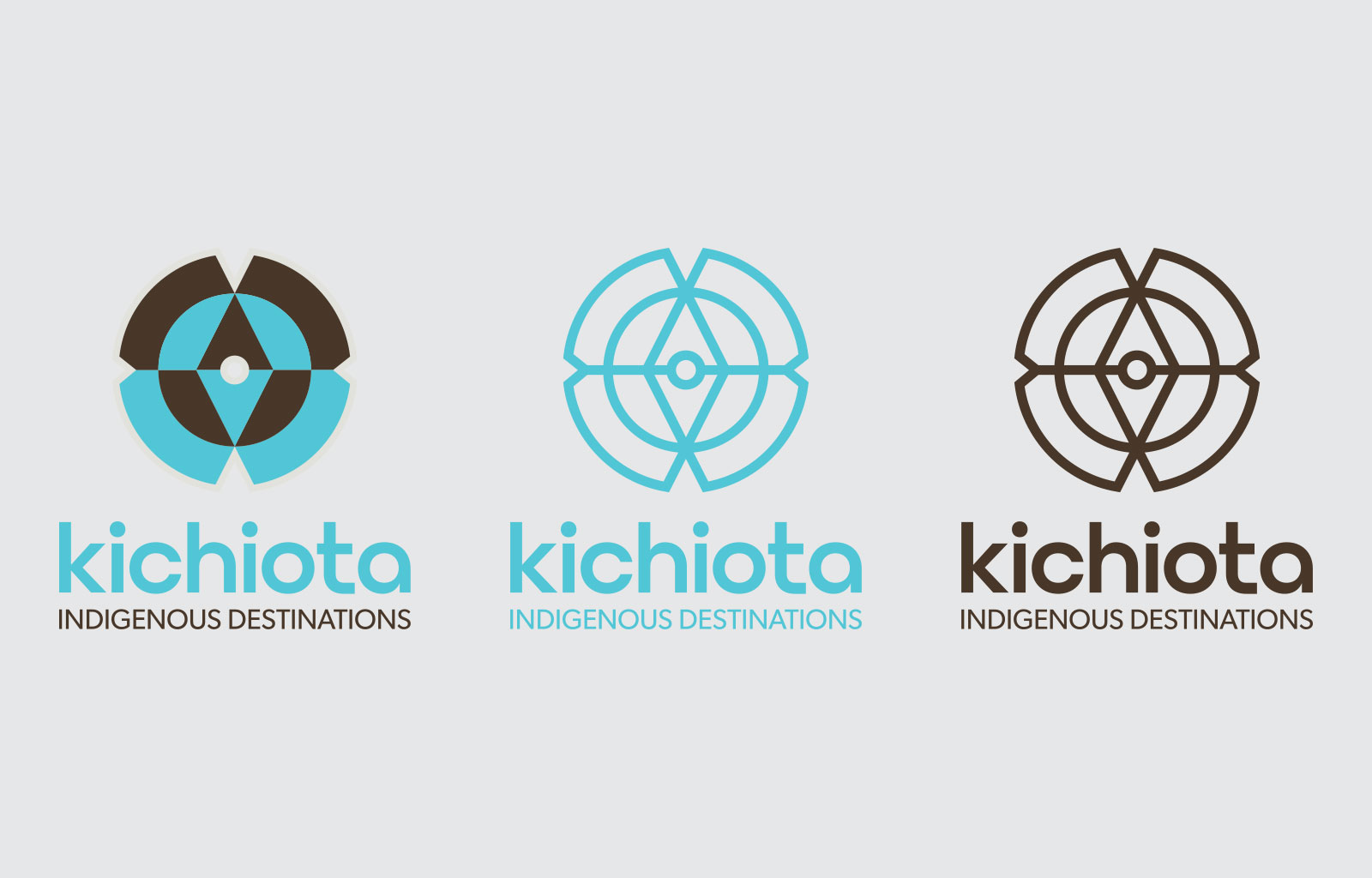 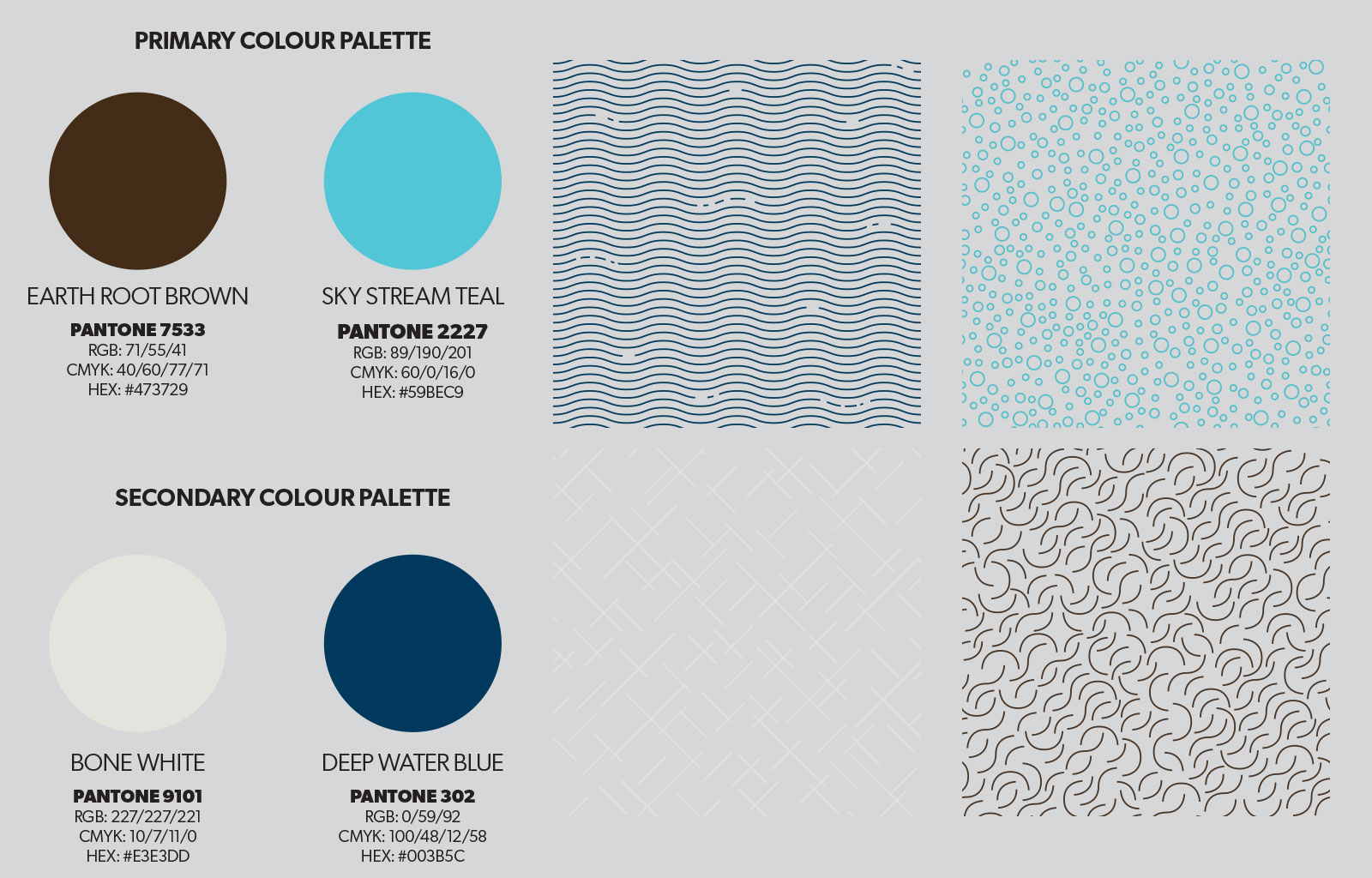 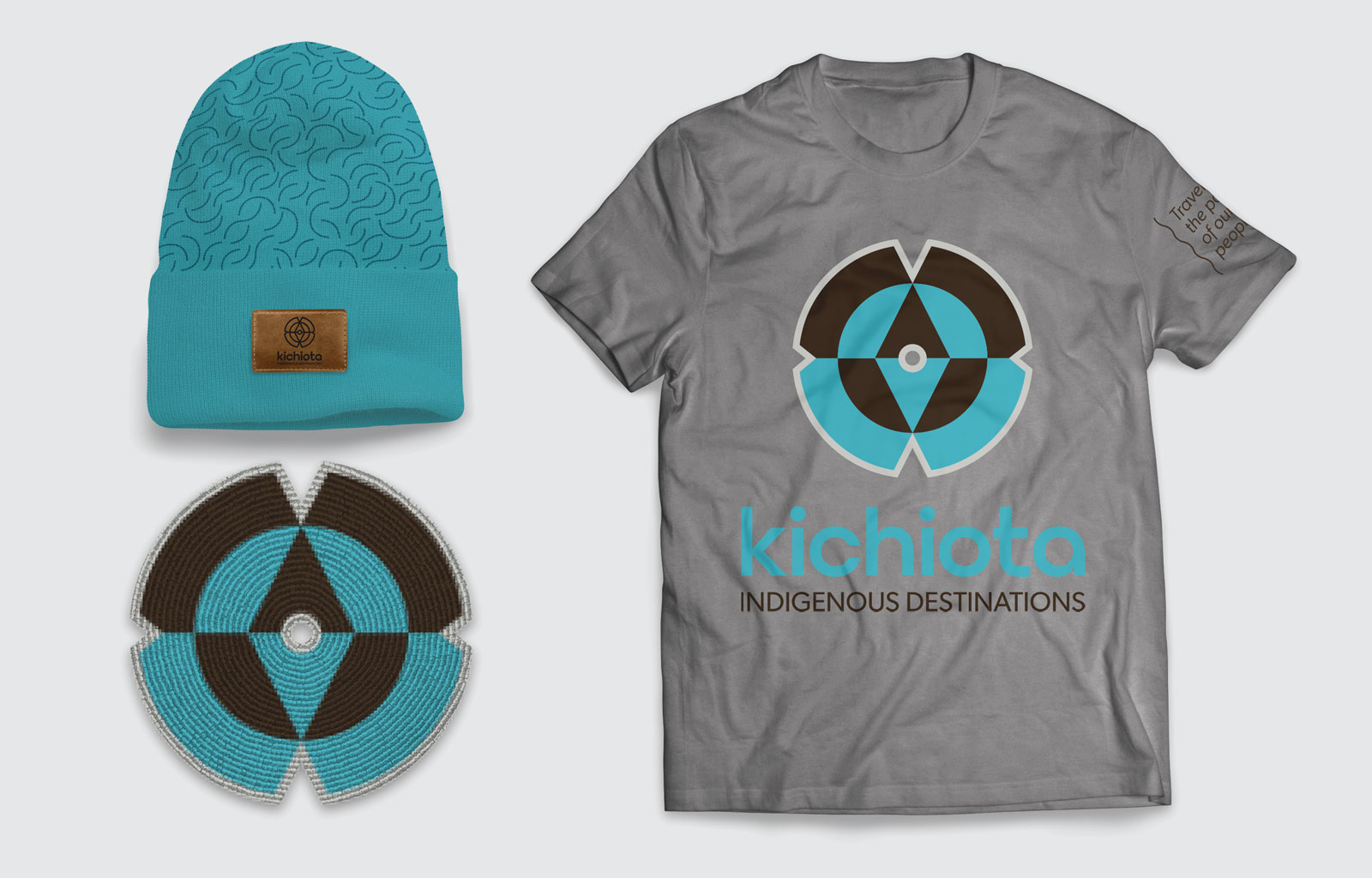